New developments. Among the most relevant novelties is RuScan lumber quality and geometrical parameters scanner with trimming optimization function. This system is designed for lumber sorting lines operating at speeds from 60 to 180 boards per minute.

Back to products
Get Price 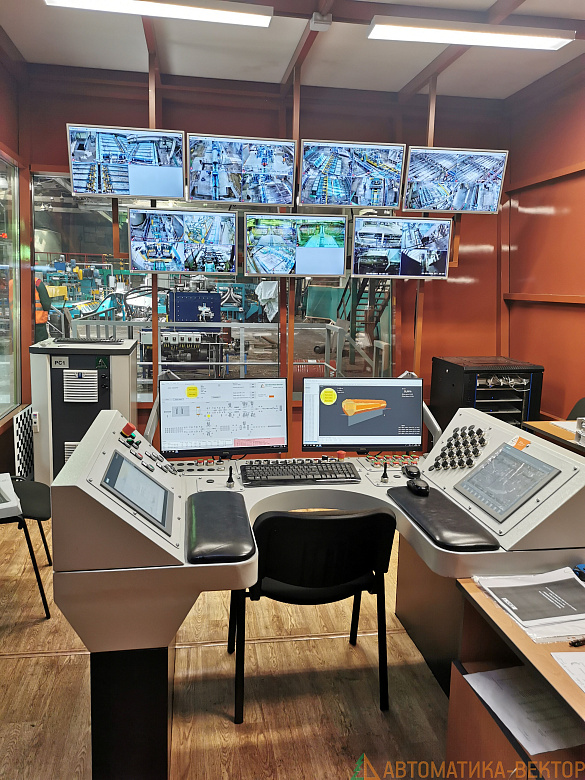 When using the chipper canters, profiling machines, circular and band saws the important role plays automation and positioning systems. The reliability and accuracy of these systems affect the quality of timber and productivity of the line as a whole. Such key performance indicators of the positioning mechanism work as a speed and accuracy are contradictory and for optimal results the qualitative positioning control system and its settings are required. The positioning mechanism should ensure cutters and saws settings with accuracy no less than 0.1 mm.

To increase the useful yield of timber the modern sawmills uses 3D log scanning. 3D log model is used to determine the crook’s direction, falloff and roundness. According to calculations the system makes log orientation for the most favorable conditions of cutting. Position and size of the central and side boards are chosen in optimization mode. The second 3D scanning is required for optimizing the half-timber cutting according to the maximum profitable scheme and, in some schemes, the exact definition of the side boards size. 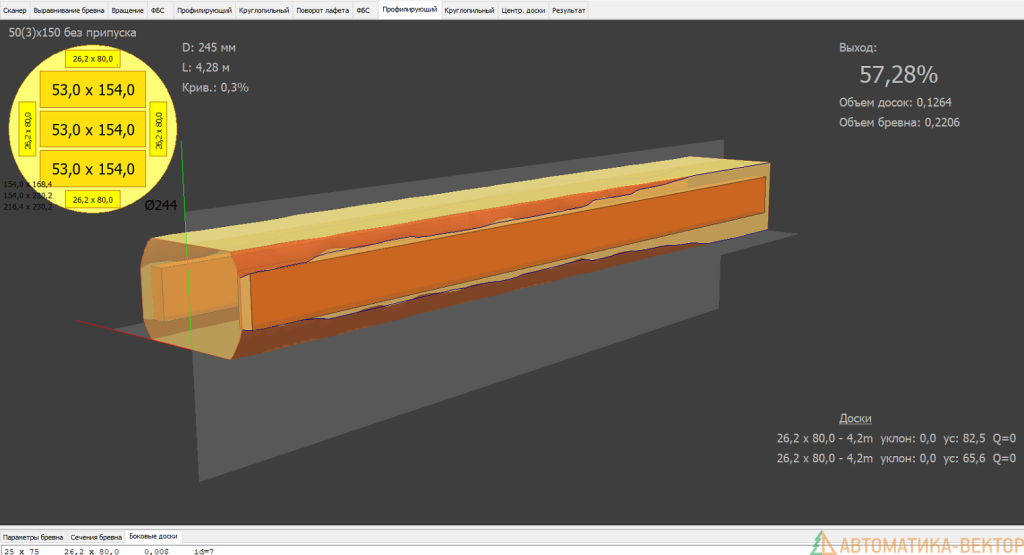 VECTOR-3D scanners, the “SawsOptimization” software and control systems optimize sawing in many sawmills in Russia and abroad. For example the company GKF (Lithuania) bought two scanners and it works in Ari sawmill line which has profiling machine SP-5. At the sawmill Stora Enso, Alytus, Lithuania, VECTOR-3D is used as a part of sawmilling line: chipper canter and circular saw AriVislanda, multiple saw EUROSAW-FDP Soderhamm Eriksson. At the Arkhangelsk sawmill № 25 (the largest sawmill in Russia for timber production) scanner is used in two sawmill sites as a part of LINCK control system, as well as two HEKOTEK sorting lines. It provides results repeatability and the accuracy of the log accounting logs at various stages of production. Under the same scheme, two scanners work at the Ustyansky timber industry complex as a part of sawmilling lines Söderhamn Eriksson and as a part of the log sorting line. 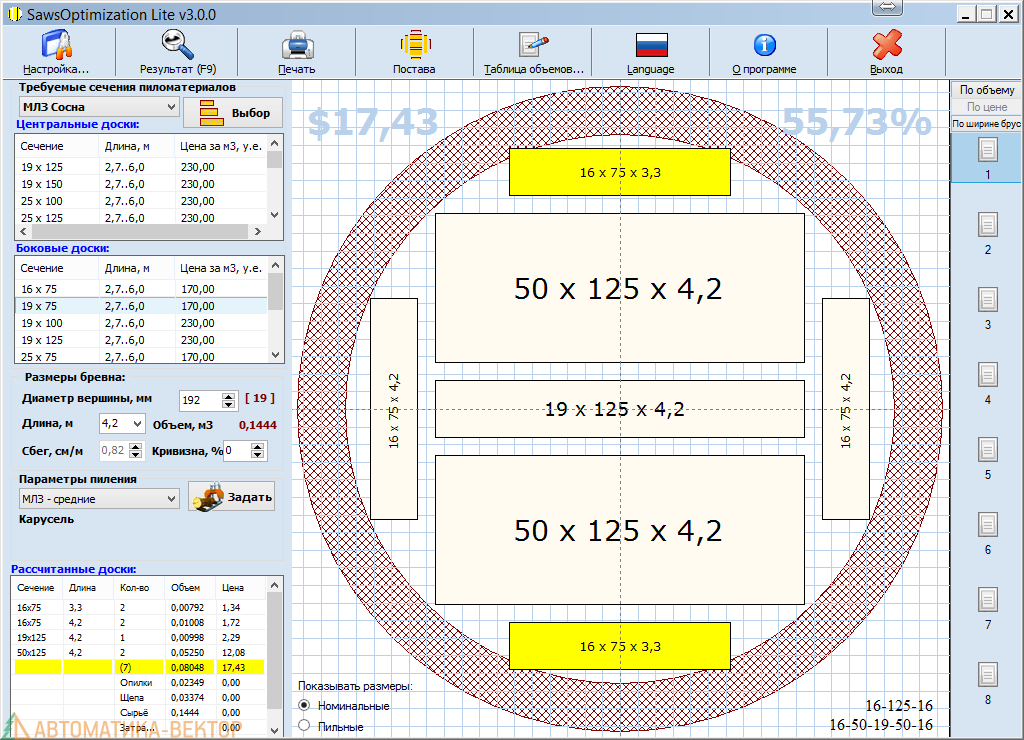 In the Russian market there are all the leading European producers of chipper canters and lines based on them. Such brands as EWD, Linck, SAB, Ari Vislanda, Söderhamn Eriksson, Heinola SM are known to every log producer. This equipment is often purchased pre-owened, and Second Hand equipment as a rule requires some renovation and adaptation to the specific conditions of production. It concerns mainly the automation system which requires operator interface russification, changes to the software, replacement of elements and controllers, spare parts for which, for some reasons, it’s difficult to buy in Russia, or comes within a few months. In our projects we use components that have become the industry standard in the world and are widely used in Russia: controllers Simatic S7 and Beckhoff, photosensors Sick and Telco Sensors, servo controllers TR-Electronic, hydraulic positioners Nobel, position sensors Temposonics (R). When assembling the power panels we use the electrical equipment Schneider Electric, Mitsubishi Electric, Rittal cabinets housing. Equipment is designed in such systems as EPLAN Electric P8 and AutoCAD Electrical®.

Control system makes control of all mechanisms and units, saw positioning, log and board tracking on the conveyor, blocking of error condition control system. It can be either a distributed or centralized. Operator’s place is equipped with one or two displays with process visualization, video surveillance monitors, remote control with basic controls and alarms. 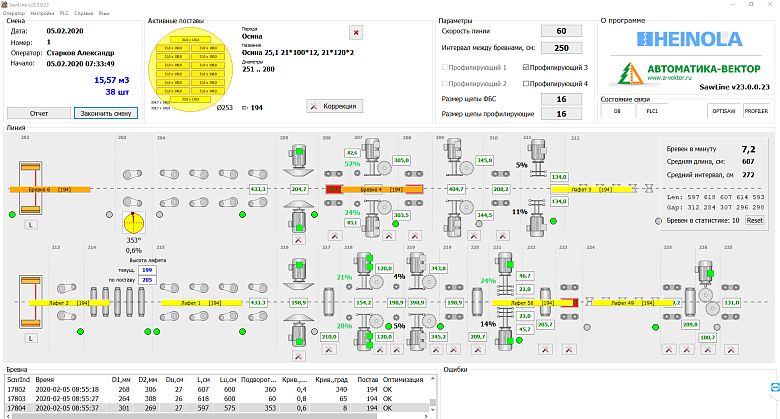 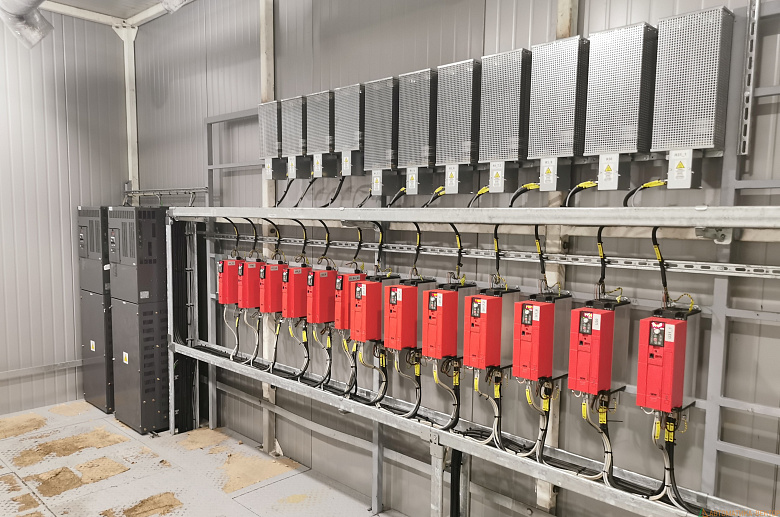 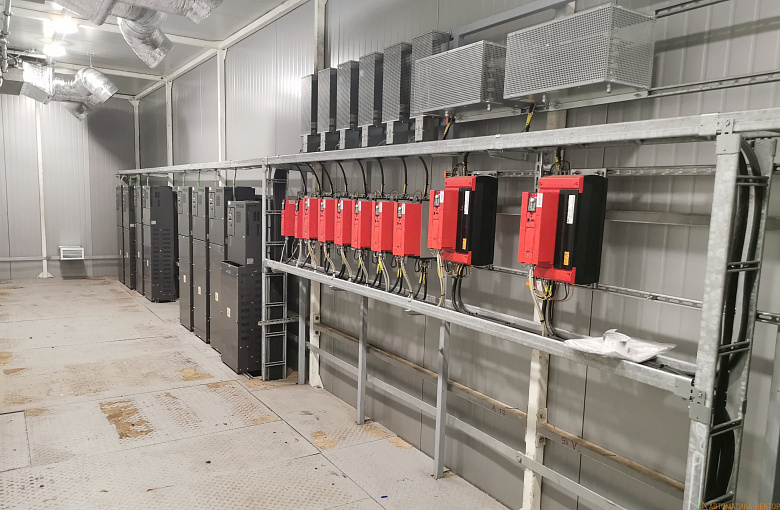 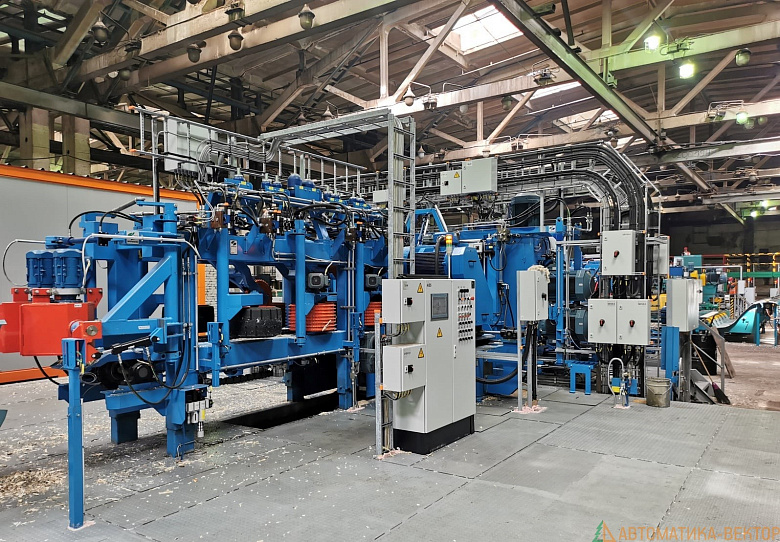 Back to product list
Categories
Other Products
We are Vkontakte